Want a powerhouse phone? The OnePlus flagship has been the go-to for several years now, with specs aplenty at a price that’s often more attractive than the best from Samsung and Apple.

But it’s been lacking in one area: the camera. Then, in 2020, the Oppo Find X2 Pro came along to shake things up – with a great camera and periscope zoom lens. Those looking for the best Android phone had a tough choice to make.

This clash of the titans is a muddy one – with both companies being subsidiaries of BBK Electronics. The devices were fairly similar, but the Oppo addressed one of the main criticisms of OnePlus flagships.

This year OnePlus is looking to fix its photography woes with a Hasselblad partnership while Oppo has also had a bit of a rethink. Both phones are betting on the allure of new features, but the reality beyond the marketing tells a very different story.

Settling can be a good thing

For the Oppo Find X3 Pro, the rear of the phone has had an update – ditching the striking Vegan Leather option and, instead, curving a glass back around and over the camera module. The effect does prevent it from looking like the camera module is simply a slab stuck onto the back of the phone, looking more integrated.

However, the result – especially in the Gloss Black colour – looks like something is trying to escape from the phone. Some may not have strong feelings, with the Blue matte colour looking much better overall – but it falls short of stunning.

The OnePlus 9 Pro is the more refined take. Its new flagship has a similar layout on the back to the OnePlus 8T but a new-look camera module. The camera layout just works – incorporating four lenses, a flash and more while managing to look clean and in keeping with the rest of the phone. This is down to the module offering a similar colour but with a slightly different tone to the rest of the rear of the device, unlike the black version of its previous phone.

The new Morning Mist colour does somewhat let it down, though, with the matte silver colour turning glossy as it moves towards the bottom of the phone inviting fingerprints. You can get a Stellar Black or Pine Green to dodge this and go completely matte.

Not worth the hassle 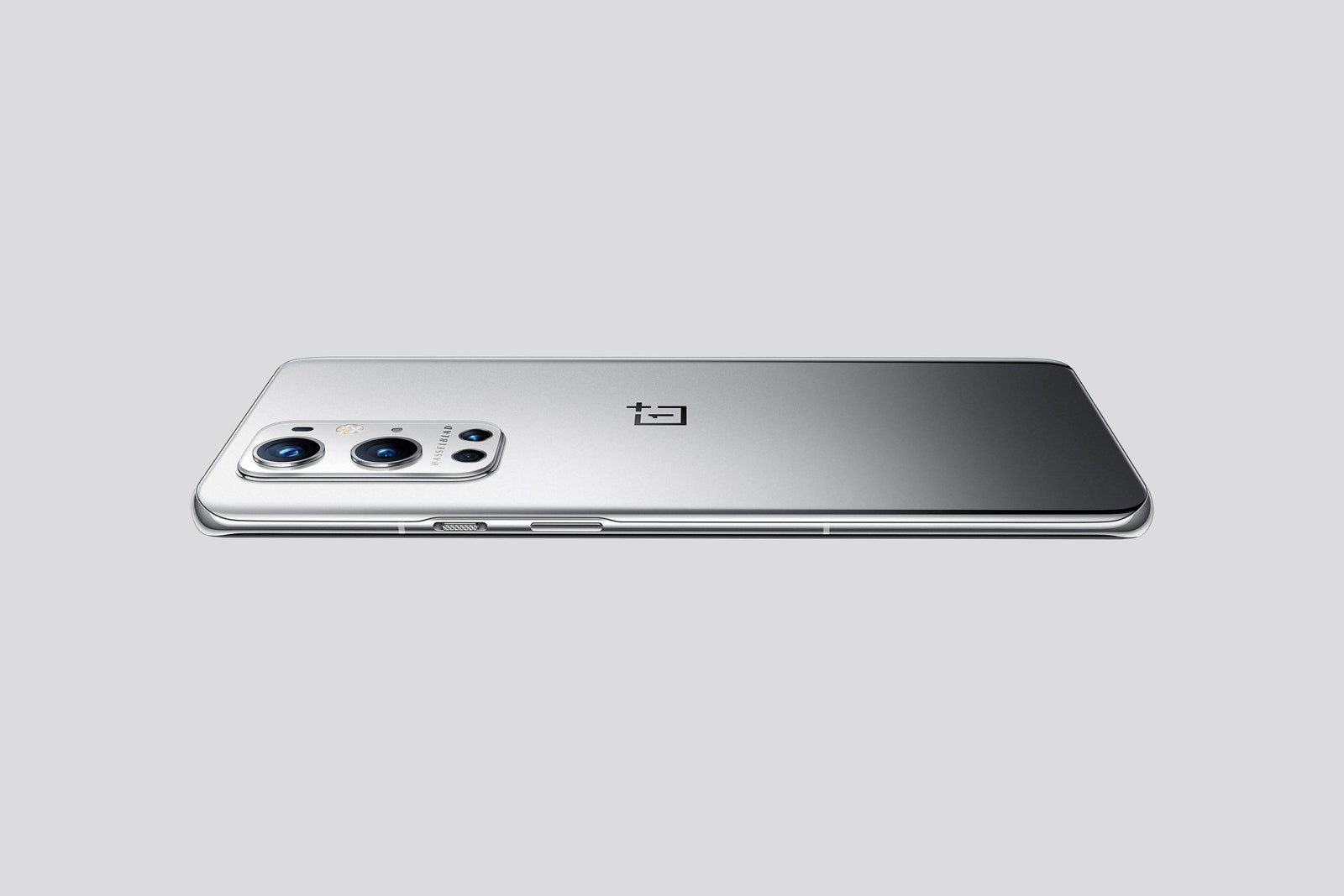 While the design of the rear of the Find X3 Pro takes centre stage as the Oppo’s USP this year, OnePlus goes all-in on its new partnership with camera company Hasselblad.

Over the next three years, OnePlus is investing more than $150 million in this partnership, and, according to Counterpoint analyst Neil Shah, “the initial partnership will be on software integration” and making use of the custom Sony sensor”. In the future, it’s likely to involve some hardware-related innovations as well, Shah says. So, while we look forward to more contributions from Hasselblad, what does this mean for the OnePlus 9 Pro?

The OnePlus 9 Pro camera is decent across the board – providing superb levels of detail in good lightning and decent photos up to 3.3x zoom. The black and white camera remains, but it really is just fodder. The ultrawide is stunning – providing similar, if slightly reduced, levels of detail to the main sensor and almost completely removing distortion due to the freeform lens tech.

The (for now) overhyped Hasselblad partnership is most noticeable when put up against its cousin – the Oppo Find X3 Pro. Everything we just said about the OnePlus camera applies to the Find X3 Pro setup. Despite Oppo’s flagship having a slightly inferior main sensor, the results are remarkably similar when it comes to detail and zoom capabilities – and, overall, we prefer the results.

This is mostly down to that “Natural Colour Calibration” along with when, and how, the OnePlus 9 Pro camera decides to apply it. The Oppo also wins in the battle of the gimmicky additional lens, with its “microscope” macro camera actually providing some genuine fun compared to the fairly boring 9 Pro B&W lens.

While Oppo is keen to tout its camera’s AI capabilities, we mostly found its snaps to be more true to life than the 9 Pro. Put shots from these two cameras up against each other and the OnePlus looks like it’s trying too hard – over-saturating key aspects of the images, albeit not to a ludicrous extent.

Also, the 9 Pro also seems to vary the intensity of this from snap to snap, meaning you often don’t know what you’re going to get. Admittedly, it’s good for the camera to adapt to lighting conditions, but the current execution makes for a strange point-and-shoot experience.

Aside from the difference in photography and superior design, the OnePlus 9 Pro either matches the Oppo Find X3 Pro or comfortably surpasses it. A stark difference between these two phones is the operating system – OxygenOS is leagues ahead of ColorOS, particularly from a visual standpoint. The Oppo looks out of date across the board. From the camera UI to the menus and, in particular, the home screen, OnePlus wins this easily.

Oppo doesn’t even have gesture controls as default, instead opting to keep touch controls at the bottom – this can be changed in settings but it contributes to the outdated vibe of the Find X3 Pro.

The OnePlus 9 Pro also has a handy hub when you swipe down from the middle of the display – giving quick access to notes, tools, weather, recent apps, a step counter and a dashboard for letting you know current storage, data and battery usage.

On the battery front, OnePlus has Oppo beat here, too. Both phones have 65W wired charging – and, yes, they come with this superpowered charger in the box.

However, the 9 Pro has strong 50W wireless charging compared to the 30W on the Find X3 Pro – that’s one to 70 per cent in just 30 minutes on the OnePlus. You will need the OnePlus Warp Charge 50 Wireless Charger to take advantage of this fast charging, but, if you buy from OnePlus or Three, it’s available as a free gift right now. 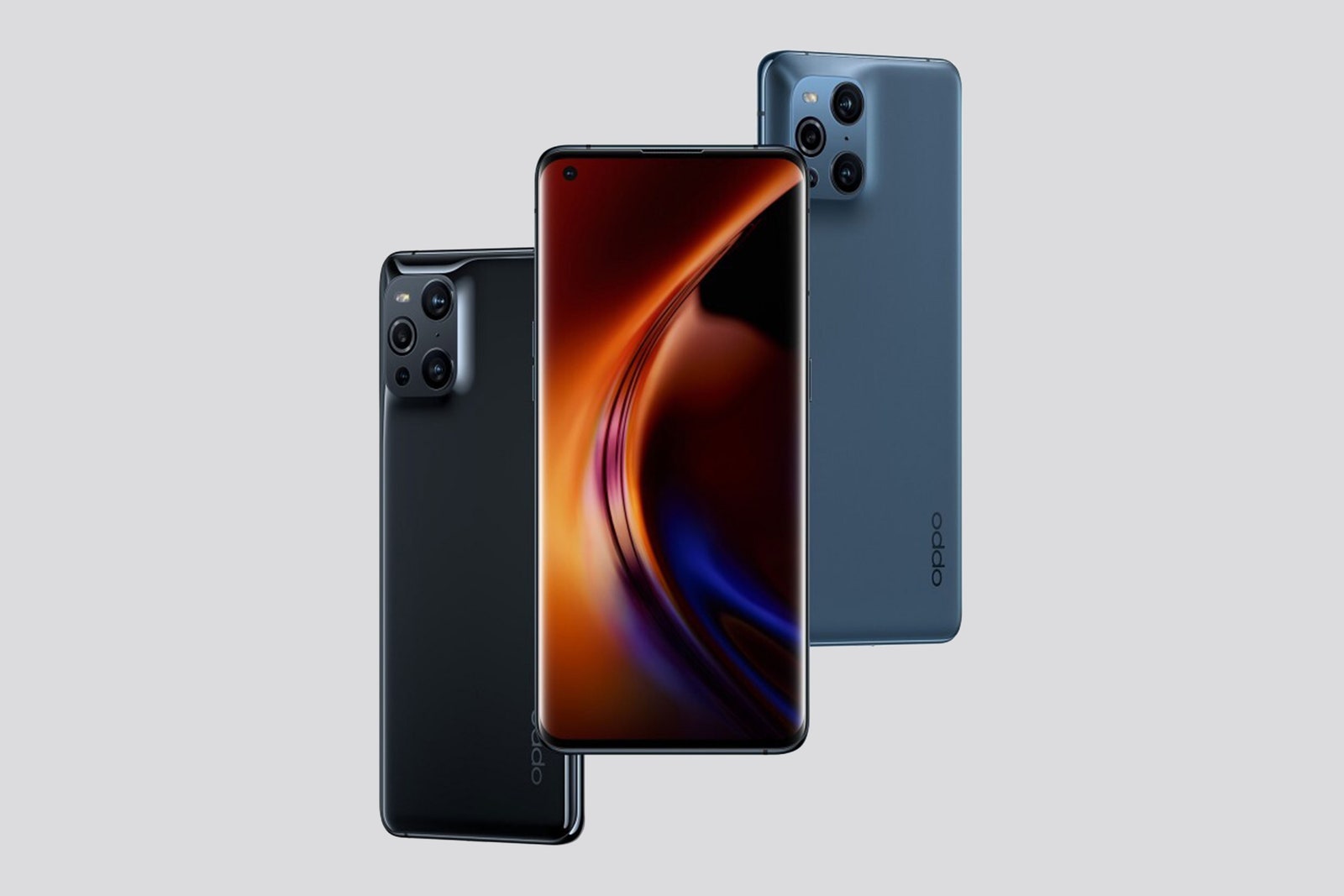 These phones are unmistakably similar – from the front, you can’t tell them apart. The curvature of the screen of both phones have been similarly reduced, and even the outer rails have almost identical placement for the USB-C port, speakers, antennas and microphones.

Both use the Snapdragon 888 and are available with 12GB RAM and 256GB storage (the OnePlus 9 Pro has a base 8GB/128GB model, too) – matching up to mobile performance that will comfortably eat up most games and breeze through day-to-day apps.

The displays are sharp OLED panels with smart 120Hz display for giving you smooth scrolling and gaming without completely wrecking your battery life. And that battery life is also basically the same – both have a 4,500mAh pack.

Given both companies are subsidiaries of BBK Electronics, the similarities make sense. We found out early this year that the individual research and development departments of Oppo and OnePlus would be merging.

For those who might be apprehensive about the recent news that the OnePlus 9 will run Oppo’s ColorOS in China (and future merging of the two brands) and what this could mean for the stellar Oxygen OS, analyst Shah doesn’t share your concerns. “With the absence of Google in China, using the same OS makes much more sense versus outside China, where the Oxygen OS level customisations and near-Android experience has been one of the key drivers for OnePlus,” he says. “So, while there will be some influence from Oppo to scale capabilities at the software and hardware level, the Oxygen OS will remain outside China.”

This leads to a key question: with so many obvious similarities, why make two flagship phones at all? Admittedly, these companies operate independently, but, as their ties become ever stronger releasing such similar phones may seem frivolous. However, a broader look at this may tell a different story.

Many of these similarities are only front and centre in western Europe – where both these phones are available and remain fairly on the fringes in terms of popularity, with under five per cent market share. Such a clash doesn’t exist at all in the US, where Oppo devices aren’t available.

Should I buy the OnePlus 9 Pro or Oppo Find X3 Pro?

Regardless of the broader picture, in the UK and western Europe, there is a decision to be made – and the OnePlus 9 Pro is the easy choice here.

The Oppo Find X2 Pro gained a ton of fans last year, featuring many of the features we’ve come to expect from a OnePlus flagship, but with an interesting design and stunning periscope zoom lens. While the Find X3 Pro goes for a different design, it isn’t as stylish as its previous offering, and the periscope is nowhere to be seen.

But the Find X3 Pro does still manage to come out on top in the camera department if you’re looking for detailed and true-to-life results every time. But that’s it in the win column for Oppo’s latest.

The OnePlus 9 Pro has the same gorgeous display and top performance as the Oppo, alongside a more thoughtful rear design that makes it one of the best-looking phones around right now.

At the same price, the 9 Pro wouldn’t have won this contest, but, given you can pick up the same spec as the Find X3 Pro for £170 less and then have the option to save another £100 for a tad less power, it’s a big win for OnePlus.

But it’s disappointing for OnePlus to win this matchup in the way it has, though, with it ultimately coming down to a camera downgrade for the Oppo and a better yet conservative OnePlus design.

In this article:Featured, OnePlus 9 Pro vs Oppo Find X3 Pro: a win for all the wrong reasons